It was her face, really, that gave her away, her expression. There was a wildness in her eyes, a fighting desperation in the down turned lips and in the tiny vertical line etched between her brows. The beauty was there still, of course. Always would be. Analisa Bugatti would stop men in mid-syllable or mid-thought even into old age. But now on the street walking toward me, her lovely face seemed lined and troubled. It was that moment, when the noonday sun hit her with its full intensity, that split second before she saw me and adjusted her expression so that the eyes cleared and the lines vanished, the beauty restored. That was the moment I’d remember.

I stared across the food-littered table at the empty chair Analisa Bugatti had vacated an interminable fifteen minutes ago. The food was getting cold. I looked at the two babies on either side of Analisa’s empty chair and I thought, “Shit.”

I’d run out of googie things to say and was starting to feel the specter of concern and maybe just a tiny shadow of annoyance toward Analisa, who’d left me here with her kids while she went to use the john. I don’t like babies. Not really. They’re bad conversationalists. A lot of times they stink. And there’s not much they do that you’d care to mention at the dinner table.

So maybe Analisa wasn’t wild about kids either. She’d seemed sort of detached around these two, not all huggie and sweet like the moms I’d seen at the kiddie playground on Greenwich or at Washington Square. Maybe she was just taking her sweet time because she wanted a break from them. I couldn’t blame her. Maybe she figured since I’d never had any kids I’d probably enjoy spending a few minutes solo time with them. Well, she was wrong about that.

At least the little one was sleeping. Thank God for that. She was nestled in pink blankets and tucked into some kind of portable carrier. But the other one, the one that was starting to squirm, made me nervous.

“Look, Dorothy, babies!” A gray-haired, elegantly coifed woman and her equally regal companion stopped at the table on their way to the door. They each leaned over one of the kids, beaming smiles and good will.

“Which one’s yours?” Gray Hair asked.

Her friend was tickling the kid that had been restless. He gurgled and smiled like somebody’d just handed him a hundred bucks.

I hadn’t bothered to ask Analisa, but now, looking at them, it struck me the big one might be a year old and the little one looked like she was born yesterday.

“What do you think?” I asked the pros, suddenly curious.

The women both gave me identical odd looks and instead of answering said good-bye, not to me but to the babies.

As they left, I glanced toward the back of the restaurant. No Analisa.

I gave her two more minutes, then tossed my napkin on the table and got up. The instant I started from the table one of the waiters zoomed over with a mildly panicked look in his eye.

“Watch them a minute, will you?” I didn’t break my stride and I didn’t look back.

I hurried past the crowded tables, down a short, dark hall where the dining room buzz faded to a low white noise. I pushed open the women’s bathroom door and called out Analisa’s name. The two stalls looked empty but I crossed the space and shoved the stall doors open just to make sure. Then I stepped back out into the hall and looked around. There was a pay phone on the opposite wall and a second door--the men’s bathroom. I paused. Analisa hadn’t seemed very focused. She could have made a mistake. She could have gone through the wrong door. I knocked, then stepped inside and surprised a lone customer at the urinal. The door to the single empty stall was open.

He stared, mouth agape, while his hands worked quickly in the vicinity below his waist.

He stared a split second longer, snapped himself out of his torpor and shook his head.

Back out in the hall, I noticed the door at the end of the passage--one of those extra heavy-duty exit doors--slightly ajar. As I pushed it open the plaintive wail of a baby filtered back to me from the dining room.

I stepped out the door and peered down the sour-smelling alley toward the end where traffic zoomed by on Sacramento Street. A pair of overflowing Dumpsters and six extra-large garbage cans lined the exterior wall along the far side of the alley. On the pavement in the center, amid the litter and scum, were shards of broken wine bottles and a small, scattered pile of cigarette butts where somebody had emptied an ashtray. No Analisa.

I retreated back through the doorway thinking, This is stupid.

Maybe I’d missed her, I told myself. Maybe she’d stopped in the kitchen to compliment the chef or something and was already back at the table. The baby wailing in the dining room was probably actually saying, “Welcome back, mom,” the only way a baby knows how.

But when I shut the door and turned toward the dining room what I saw made my heart sink. Rushing toward me, looking exasperated and unhappy, was the waiter I’d left in charge of the kids. His expression told me all I needed to know: Analisa wasn’t there. And the kids were all mine.
. . . 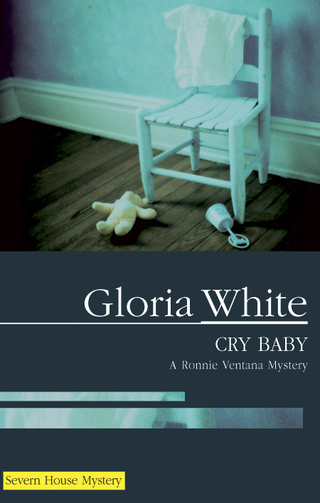