She's a burglar's daughter--and a first-rate P.I. ... And if the tools of Veronica 'Ronnie' Ventana's trade include a Ph.D. in lockpicking, thank her parents, the infamous Ventanas, who made cat burglary a class act.

It's 3:30 A.M. when Bink Hanover bursts into Ronnie's apartment reeking of liquor and fear. Outside are four Uzi-toting thugs and a femme fatale who have chased him to her door. Before you can say "safe house," Ronnie recruits Blackie Coogan, ex-boxer and over-the-hill P.I. Then she's off to find the woman Bink calls the "Black Widow," whose string of well-connected lovers have all come into sudden riches--and sudden death. It's a crime. And now Ronnie is bull's-eye in a nasty high-stakes game. From San Francisco's bedrooms to its boardrooms, she's racing to catch a killer--before the killer catches her.

"WHITE AT HER BEST: fast-paced and tightly written .... a likable and down-to-earth character." -San Francisco Chronicle 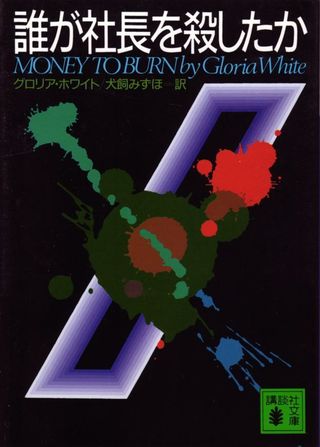